Black Cohosh is an herb that grows primarily in North America. Belonging to the buttercup family, it is also known as bugwort or black snakeroot. It has been used for centuries by Native Americans, who treasured it for its analgesic, anti-inflammatory, and sedative properties. It was used to treat sore throat, fever, kidney problems, and gynecological issues such as menstrual cramps and irregular periods.

More recently, black cohosh has been shown in studies to help treat the symptoms of menopause. Traditional treatment for menopause generally includes estrogen replacement therapy, which carries an increased risk of heart attack, stroke, and breast cancer. Black cohosh seems to have none of these potentially severe risks when taken in regular doses, so many women opt for this alternative supplement to treat their menopausal symptoms.

The exact way that black cohosh alleviates menopausal symptoms in the body is unknown. However, it is believed by some researchers that black cohosh mimics the hormone estrogen in the body, cooling the hot flashes that come with menopause as well as easing other menopausal symptoms such as mood swings, vaginal dryness, and heart palpitations. Additionally, it has been shown to help control anxiety and depression and help with sleeping difficulty. It is even being studied for use in patients with fibromyalgia, a painful condition that affects the soft tissues in the body, causing widespread pain, sleeping problems, and depression. One study has shown that this herb can also have a response in the body similar to serotonin, which would make it useful in a wide variety of ailments that stem from low serotonin levels, though more study is still needed. 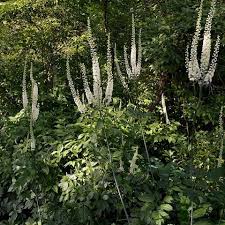 You can take Black cohosh in various forms, including tincture, tea, and tablets or capsules. Tinctures are prepared by using alcohol to create an herbal extract. In contrast, teas use the dried herb infused in water to make a medicinal beverage with the benefit of being warm and relaxing. Tablets and capsules are probably the most convenient form of this herbal supplement.

Black cohosh's side effects can include headache, nausea, or indigestion. In more significant than average doses, low blood pressure can occur. Those with liver disease should not take this herbal supplement.