As it naturally occurs, rain is unpredictable and cannot be relied upon as a consistent source of water for your garden and landscape. For this reason, we employ artificial methods of consistently capturing and distributing water to the soil to ensure a healthy garden and landscape. This process is called irrigation. An efficient irrigation system is paramount to establishing a thriving landscape. 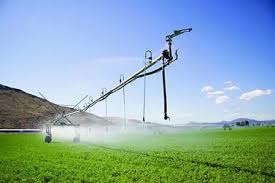 The history of irrigation is rich with history, dating back to 6000 BC, when farmers in Egypt and Mesopotamia used floodwaters from the Nile and Tigris rivers to irrigate their crops. Farmers waited until the flood season, which would occur yearly beginning in July and continuing until December. Floodwaters cycled into the fields and were used for irrigation for about two months before re-routing the river. Due to the unpredictability of floodwaters, Egyptians eventually created a primitive gauge to measure the river's depth. More efficient methods were developed around Egypt's first dynasty (3100 BC) when King Menes had canals and dams constructed to create a lake with the Nile waters used for permanent irrigation.

The Romans introduced a primitive stone pipe method around 2000 BC, and various forms of this method continued to be used until about 500 BC when the first pump principle was employed. That was a system utilizing several containers attached to a pulley system and operated by oxen. The containers were dipped into a water source and distributed over crops. Windpump systems (often confused with windmills) came into use around the 9th century and gained popularity in the U.S. Wind pumps of similar in construction and function to windmills but are used to pump water rather than harness the power of the air. 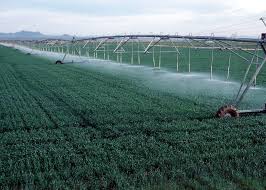 There are several irrigation systems available today. Drip irrigation, surface irrigation, micro-irrigation, and local irrigation are some methods employed by modern-day farmers and landscapers. Furrow (flood) irrigation is still in use today, often in underdeveloped parts of the world, primarily because it is a less complex and cost-efficient way to irrigate crops. One downfall is the evaporation of a portion of the water, which prevents the reuse of the resources. There are ways to make this method more efficient, including leveling fields, so water reaches all the crops evenly and developing methods for capturing runoff and redistributing it.

The use of sprinkler systems is widely employed, but because large-scale use of this system requires machines, it isn’t cheap. The downside of this system, especially in windy regions, is the water lost in the atmosphere.

With all the methods available to irrigate crops and landscapes, choosing the best method for you can be daunting. Several factors can help you determine which direction to take. Some factors include the conditions of your region and the type of crop or landscaping you will be doing. Smaller gardens and landscapes won’t require massive irrigation methods and will likely be handled manually. For this reason, we won’t consider those situations here. Another consideration is cost versus benefits. Do the benefits of a system justify the cost? That is assuming cost is no object to you. Remember, cost encompasses the financial output for the system itself and for the labor it will take to operate it. Drip and sprinkler systems not only require a significant investment, but they also require someone with operating knowledge and the ability to maintain the integrity of the systems. Careful study of irrigation methods and extensive planning are crucial to help you determine suitable irrigation methods.