The Benefits of Moss in Your Landscape

Moss is a soft, lush, bright green plant that grows where lawns won't, making it a natural fill-in for hard-to-cover spots like areas surrounding trees, pools, or overhangs. Here are several more benefits moss can bring to your landscape.

Even in the winter months, moss retains a greenish hue. During lush parts of the season, they are bright green and far outshine any nearby traditional lawns. During winter months, mosses take on olive-drab tones and do a fine job preventing soil erosion in otherwise bare areas. Mosses' cold tolerance varies between species but will range anywhere between zones 4-10. Regardless of climate, expect your new moss lawn to take a few growing seasons to cover your entire area. 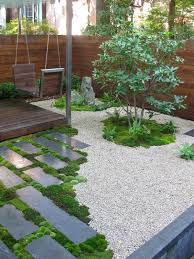 While traditional grass requires mowing, fertilizing, full sun, and consistent irrigation, a moss lawn is relatively low-maintenance. If it is naturally suited to your environment, then there's no need to improve the soil with fertilizers or irrigate with any regularity. All that is required is the occasional removal of twigs and branches. Some species require a more significant amount of water during transplanting, but water needs are low once established.