Phytoremediation is an innovative use of green plants to clean up our environment. The term comes from the Greek word for plants ("Phyto-") that can detoxify or remediate soil or water contaminated with heavy metals or excess minerals. 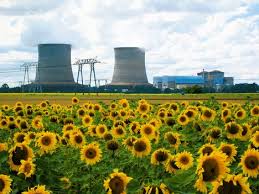 The Earth’s terrain is subject to abuse from almost every source imaginable. But the introduction of ground toxins from everyday activities and industrial wastes threaten the environment in ways detrimental to human health. Heavy metals released from mining operations, sewage sludge from large city sewer systems, and run-off from pesticides wreak havoc on the soil, often to the point that it cannot sustain vital crops. Soil decontamination is an expensive process that isn’t always feasible. But new research offers an exciting yet simple potential solution: phytoremediation. 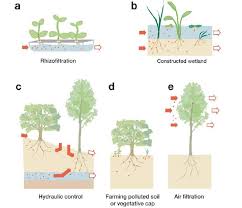 For over a decade, USDA Agricultural Research Services (ARS) physiologist Leon V. Kochian has been working on necessary research regarding how certain plants remove harmful substances from the soil. Findings indicate the alpine pennycress, a simple weed in the Brassicaceae family, can absorb toxins from the soils at more than 1,000 times the average plant capacity. This “super-plant” exhibits nutritional uptake properties, which may help scientists develop more sustainable plants for future environmental clean-up efforts. 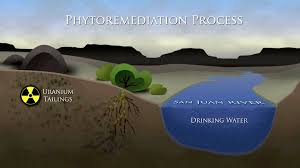 Rufus L. Chaney, an ARS agronomist with extensive experience in phytoremediation, has also found promise with pennycress. Chaney’s research reveals the plant can remove high volumes of cadmium and zinc from the soil – so much so that he is currently developing a commercial variety.

Other plants have been used previously to clean chemicals from the ground. In 1989, a North Dakota train derailment left the area contaminated with high nitrate levels, which leaked from several train cars carrying nitrogen fertilizer. Extensive cleanup efforts ensued, with officials removing soil near the spill site to a depth of four feet. Nearly a decade later, the surrounding soil and groundwater still tested positive for heavy nitrate levels. The ARS intervened in the mid-90s, planning newly-developed alfalfa in the tainted acres around the accident site. The experiment proved successful, and the area is now clear of nitrate.

Plants that cleanse the environment have the added benefit of serving as containment units for hazardous chemicals. If these and other studies continue to be successful, this new “green” technology may offer an effective and affordable solution to ground pollution.