We ship all plants usps priority mail. They arrive to most locations within 2-3 days. We package all plants to retain moisture to up to 10 days in transit. All plants ships from our warehouses in Tennessee. All plants are grown and shipped from out Altamont (zip) 37301 location. We do drop ship for re-sellers also for those wanting to resell our plants.

All plants are dug and immediately taken to our warehouse and tera-sorb moisture retention gel is applied to the roots and then wrapped in plastic to retain superior moisture for transit. They are placed in corogated cardboard shipping boxes for protection when shipped

Upon receipt of your plants, unpack and unwrap the roots and mist with water. Plant within 24-48 hours. If you can not plant within this time frame, put your plants in a cool location (ex- basement, garage or cellar) and water the roots daily. Cover them back up with the plastic so they will not dry out until you can plant them. After planted, water every evening after the sun goes down for 5 days.

It's native to North America mostly on the eastern and central portion of the United States, which has contributed to it becoming the state tree of New Jersey. It's also native to Canada; east of Nova Scotia. You can also find this tree in Western Oklahoma, Kansas, Alabama and a few other states. This tree has been introduced to Western Europe and can be seen commonly in gardens and parks.

Red Oak Tree increases (approximately 24 inches per year for ten years) and performs the best in slightly acidic soils but is adaptable to other varied soil situations. It's extremely happy near streams where the soil drains well. The bark will be a dark reddish, grey and brown with a rough feel.

Older trees bark will become dark brown. In the fall season, you can expect to see a variety of brilliant colors including, yellow, orange, pink, purple, reds and browns. You can anticipate seeing various wildlife around including blue jays, raccoons, squirrels, whitetail deer and more. 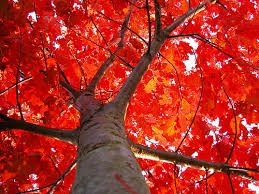 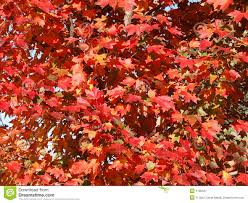 For Coupons and More